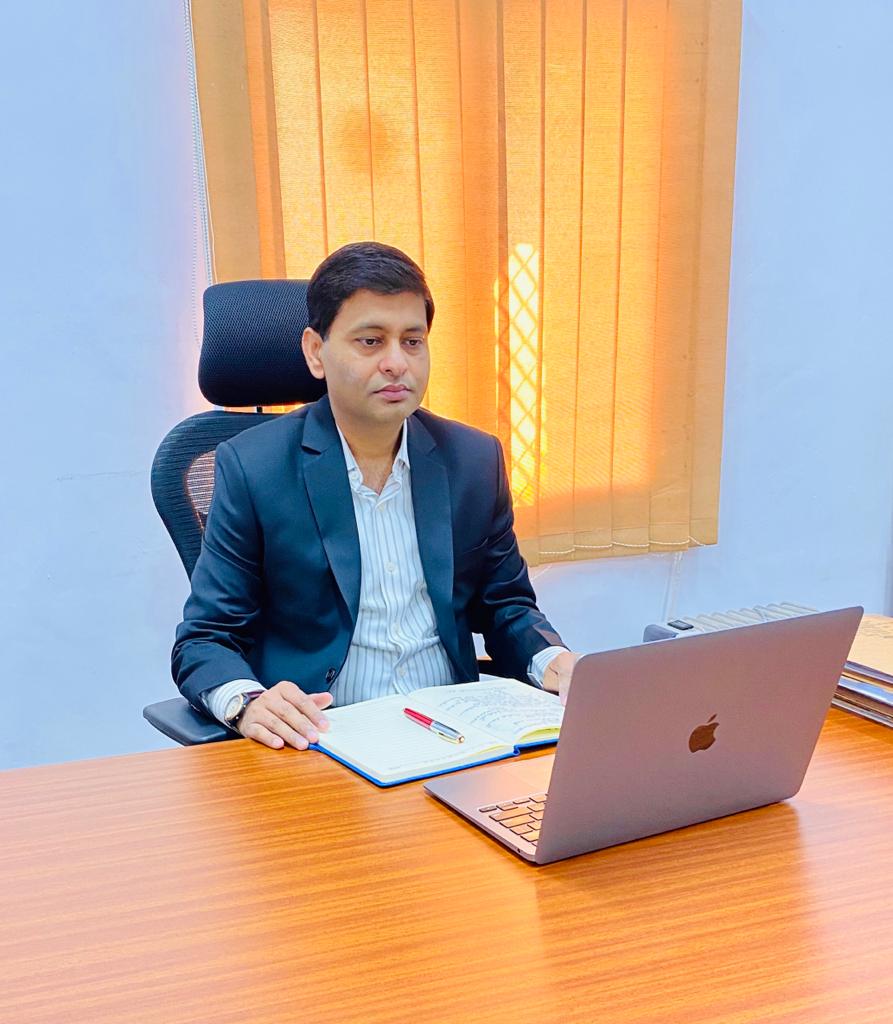 100 fish melas to be organised in one year to boost domestic consumption: FISHCOPFED MD

The National Federation of Fisheries Cooperatives Ltd (FISHCOPFED) has ample scope to work for the development of fisheries sector in India whether it is increasing production or imparting training to fishermen or ensuring timely insurance claim settlement or increasing domestic consumption of fish, says new Managing Director (Incharge), Shri Mukesh, in an interview to AQUA POST.

Q. Welcome to AQUA POST. You have taken the charge of MD, FISHCOPFED. What is your plan for FISHCOPFED?

Ans: For fisheries sector two-three things are important- one is the production of fish, consumption and the welfare activities of fishermen. You may be aware that we have introduced Pradhan Mantri Matsya Sampada Yojana (PMMSY). Our target is to lift the current production which is 150 lakh ton to 220 lakh ton. Our target is to generate 55 lakh employments. Our target is also to enhance fishery export from 55 thousand to 1 lakh crore rupees. Now we have to produce extra 70 lakh ton in coming five year.

So this extra production has to be consumed. In fact I believe if you ensure the consumption, production will take place.

We are working first on production. So far production, as of now, we have one seed production farm in Bhimpur near Banswara, Rajasthan.

This is seed production unit we have leased out from the Government of Rajasthan. We are planning to open four more seed production units in India in the coming year. So that we will able to cater the need of seed requirements. It will be Pangasious, Tilapia, Rohu, Catla or whatever required. We are working on it.

Similarly we are working on the core activities of fish production. We are targeting to take the land from Bihar, Odisha, and Maharashtra. My planning is to have at least 25 production units, each of 100 acres. So we will have a 2500 acre production capacity. The production units depend on the species across India.

I believe consumption is also very important. If you really want to lift the fishery sector or ensure the livelihood of the poor person, then you have to ensure the consumption. It is not otherwise, you just produce and then consumption will happen.

So, I am planning to organise 100 fish mela in India. The target areas will be the State capital, group one cities, group two cities, and then the high fish consuming cities like Durgapur, Asansol, and Darjeeling in West Bengal. They are not big cities but fish consumption is very high. In this process, we are going to identify 100 locations in India. We will organise the fish mela. The idea of the fish mela is to promote the consumption of fish.

Q. FISHCOFED is also involved in providing insurance to fishermen. What is your plan for early settlement of the claim?

Ans: Yes, the third important area of the fisheries sector is the welfare of the fishermen. For the welfare of fisherman, we are working on two components i.e. insurance and Kishan Credit Card (KCC). Similarly on the capacity building side, we are working on the training of all fishermen. Under Pradhan Mantri Matsya Sampada Yojana, we have the Pradhan Mantri Surakshya Bima Yojana (PMSBY). So in the PMSBY, they have increased the coverage up to five lakh for the death.

This work is not with us now. But we will request the Department of Fisheries to give this work to us. We have a database of 30 lakh fishermen and we will try to take this entire work of insurance.

What FISHCOPFED is going to do this time will be entirely different from what it was doing earlier. This time the entire settlement process of the claim will be digitalised. There will be no manual intervention. Previously, there were lot of complaints that the claim was not settled despite the nine month grace period and a lot of problems were there.

Q. There is no insurance coverage for last one year.  Several fishermen have lost their lives. What is your view in this regard?

Ans: I fully agree with you. There were a lot of problems. You may try to understand it. The insurance settlement process is an upward movement. It comes from the district, then to state government, then it comes to FISHCOPFED. It is not a downward movement.

So FISHCOPFED role starts, when we get the details of the claim settlement from the State Fishery Department. State departments have their own problems. The grace period is nine month. I saw a lot of claims came after nine month. Because of this, when we referred the same case to the insurance company for settlement, they simply said this is beyond grace period and they are not going to settle these claims.

Since the entire claim settlement process is having upward movement, it is not under the control of FISHCOPFED. FISHCOPFED role starts, once it gets the details from the State and districts. To solve the problem, I am going to introduce a digital process of submission of the claim. At the district level the claim will be digitalised, it will come to state government, there will be a column. Your claim comes to us only if you fulfil all the criteria including the grace period.

I am going to totally reform this claim settlement process of insurance for the fishermen. The objective is to ensure the settlement of the claim of each and every fisherman. This is our plan for insurance settlement.

Q. What’s about the Kishan Credit Card you were referring to earlier?

Ans: The second component is the Kishan credit card. There is the problem that the bank is not ready to give Kishan Credit Card to the fishermen. Only reason behind this is that they want document and documents are not available.

So now we are going to suggest the government that lets authorise district specific officer or state officer to issue certificate of own cultivation for each and every fisherman. The issuing of certificate is also to be digitalised. When a fisherman goes to the bank for a KCC, he goes with the document and tells, this is my pond document issued by the State government and this is the guarantee for giving the Kishan Credit Card. So this is our objective. In the process of Kishan Credit Card, FISHCOPFED will be the interface. It is not going to give any target to the State government or Central government. We will work as a facilitator. We will not tell that we are going to do this much. We will work as a facilitator or an interface between the fisherman, bank and the State government because we have a strong presence at the grass root level.

Q. Co-operatives have their own problems. There are different cooperatives, starting from village to national level. Many of them do not have professional expertise. How do you plan to connect these cooperatives and improve their efficiency?

Ans: I am reviewing the entire cooperative movement. As you know, we have 100-120 societies. There are about 30 lakh members with us. I am just working on this. Two three issues are there- timely deposit of fees, their own meeting, their own AGM, their own board meeting and all of this. So we will be very shortly issuing instructions highlighting the points they have to cover on quarterly basis or on monthly basis or on yearly basis. If required, I will try to integrate entire cooperative movement of India which is at present at the grass root level on a single platform. Suppose a cooperative is there in Banaras district.

I am reviewing this. It will take time but definitely we will do this. I am also planning to have a big meeting with the department, with all the fishermen available with FISHCOPFED to tell them about the Pradhan Mantra Matsya Sampada Yojana, to tell them that the fishery sector has the growth of double digit and to tell them that this is one of the sector where if you work honestly you will enhance your income.  This is also one of my agenda also.

Q. What is the current status of FISHCOPFED?

Ans: Now the election has happened. But due to some conflict/problems, election has been suspended for the time being. One arbitrator has been appointed to settle the matter. He is doing his job. I hope the issues will be settled down. Till that time, I am working as the Managing Director and trying to solve all the problems. The matter is with the court.