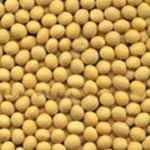 New Delhi, August 12: In a big relief to the poultry industry reeling from sky-high input costs, the Centre has allowed the import of soya de-oiled cake for livestock feed. The development could bring down the prices of chicken meat that is trading between Rs 200-240 in the open market.

The decision was conveyed by the Department of Animal Husbandry and Dairying to the All India Poultry Breeders Association on Wednesday. Chairman of the association Bahadur Ali had requested the Department in a letter on August 6 for the import of the de-oiled soya meal for the manufacture of the animal feed. High input costs are also reflected in the rice in egg prices.

He hailed the Centre’s move, saying it will safeguard the interest of more than 10 crore livestock farmers and another five-crore people who are engaged in livestock employment directly or indirectly. It will also ensure that the nation’s livestock is fed and citizens can purchase milk, chicken, fish and shrimp regularly and at an affordable price.

Ali lauded the support extended by the Narendra Modi government for the poultry sector, which has been significantly impacted over the last two years since the Covid-19 outbreak.

It began in March 2020 when the country went for a general lockdown following the covid outbreak. Unfounded apprehensions about chicken meat consumption and linking it with the spread of the virus exacerbated the crisis for the industry.

Avian influenza in January once again hit sales. But as things looked up, the rising feed prices pushed back the industry to the corner once again.

In its letter, the Animal Husbandry and Dairying department also referred to the communications from the Ministry of Environment and Forest which had expressed its no objection to the import of soya de-oiled cake since it “does not contain any living modified organism”.

The item can be imported subject to the payment of the existing duty tariff and other applicable taxes.