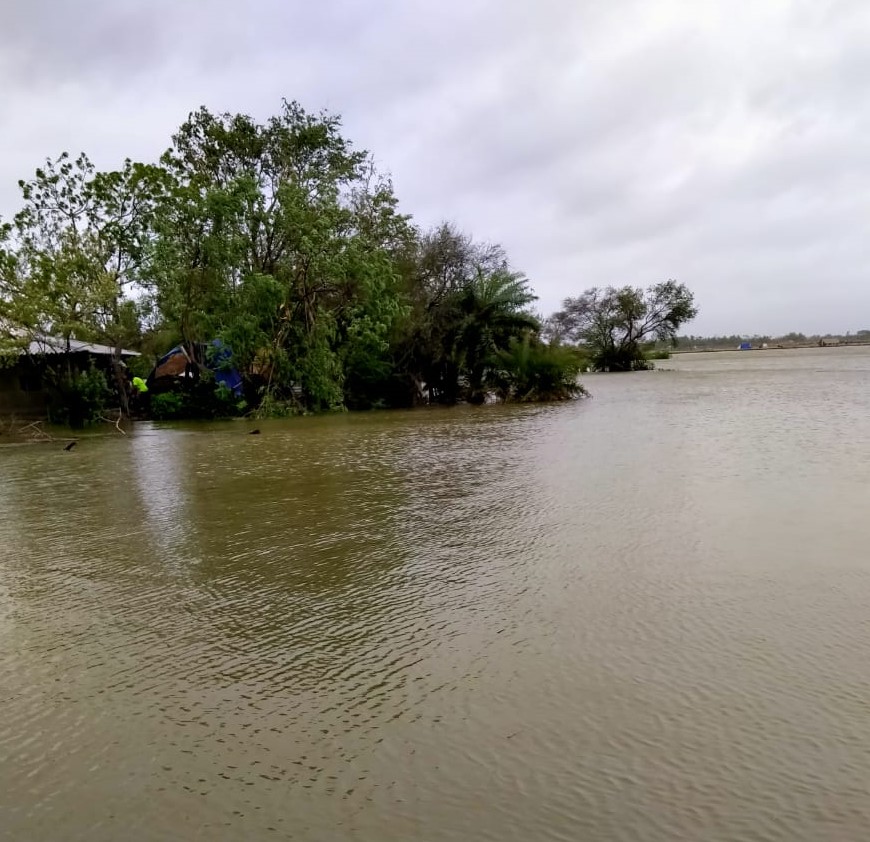 Reports pouring in from the ground confirms that Cyclone ‘Yaas’ has inflicted huge financial losses on shrimp farming along Odisha and Bengal coasts. The calamity is bound to cause huge strain on livelihoods and farming in the region in the coming days and months.

About 3000 hectares of shrimp farms along the coasts of Odisha and West Bengal have got inundated, incurring severe financial losses to the farmers. The severity of the very severe cyclone ‘Yaas’ on shrimp farmers of both the states seems to be significant, according to preliminary reports gathered by Aqua Post.

The severe cyclone has inflicted huge financial losses on the shrimp farmers on the coasts of both Eastern States.

“As per the initial reports approximately 700 million of crops got under water. It’s primarily because of the high tide which came in early morning. In raw material terms that would be approx. 12000-13000 MT. Having said that, the picture will be clear within the next couple of days as we expect a few more high tides tonight and tomorrow,”Bishal Acharjee, Head Sales and Sustainable Aquaculture- Prawn, IFB Agro.

Giving details of the areas affected due to the cyclone, Bishal added, “Almost all coastline areas got affected. Approximately 1000-1200 hectares of shrimp farms across Nandigram, Terapekhya, Amtalia and Pichhaboni, Khejuri, Namkhana, Raidighi and Sagar areas of south 24 Parganas were badly hit.”

Many of the shrimp farms on the Bhadraka and Balasore coasts were flooded.

Before publishing the news report, we tried to talk to some farmers, feed dealers and government officials to ascertain the magnitude of damage Yaas has brought to the shrimp farmers in these two coastal States and its impact on the local economy. The exact number of farms inundated are yet to be ascertained. This story will be updated when our team ascertains more ground details on the situation.