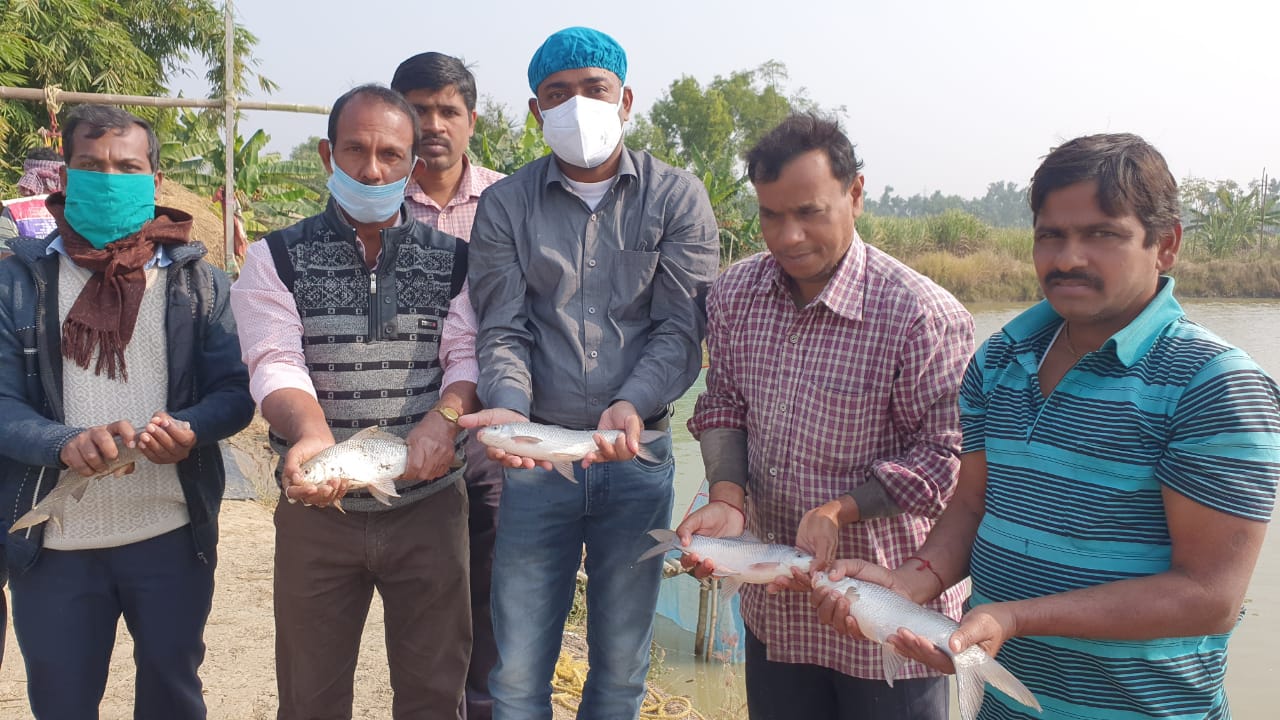 Haldia: The ‘Rui of the Deccan’, a sought-after fish and a household delicacy in the Southern States, has undergone successful cultivation in the eastern part of the country by the fish farmers of Haldia block in West Bengal.

The commercial cultivation was carried out by the fish farmers early last year with the seedlings sourced from the Central Institute of Freshwater Aquaculture (CIFA), Bhubaneswar. The cultivation of this variety popularly referred to as ‘Dakkhinatter Rui’, once almost non-existent in the region, came against the backdrop of the Covid pandemic which brought the economy to a virtual standstill. The Haldia Block Fisheries Department spearheaded the mission and brought this variety back from the verge of extinction.

With this the Haldia block has once again grabbed attention for diverse fish farming for bumper harvest.

“As a companion crop to Rui, Katla, the “Rui of the Deccan” fish will increase the additional income of the farmer as well as increase the taste of the fish,” said Suman Kumar Sahu, Fishery Extension Officer, Haldia Block.

The fish can weigh up to 3.5 kg and several farmers in the region are hopeful of a good harvest and income generation in the coming seasons.

A mid-size variety, it is easy to cultivate along with other fishes in home pond since it is a “vegetarian” fish and feeds on diatoms, blue-green and green algae, higher aquatic plants, insects, and detritus.

Mostly found in Southern rivers and in the Mahanadi river as well, the fish was including it in the red list of threatened species in 2011 by the International Union of Conservation of Nature. Its scientific name is Labeo fimbriatus.