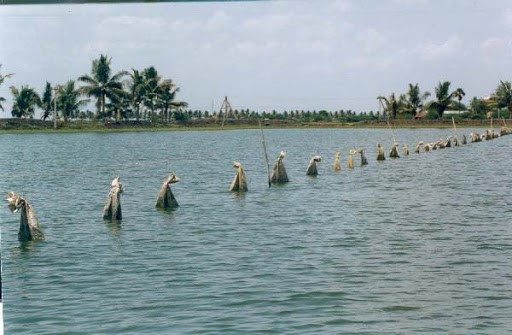 Farm made feed: A promising practice for carp farming

In aquaculture operations feed accounts for 50-60% of the total operating costs based on the culture system. Hence, feed and feeding practices are crucial elements in the sustainability, profitability and well-being of modern aquaculture.

Feed based carp culture is yet to gain the momentum as compared to other species due to high ingredient cost and lesser farm gate price realization by the carp farmers in India.

In a recent report by FAO it is indicated that more than 97% of the carp feeds used by Indian farmers are farm-made. This mash feed mainly comprises of rice bran, groundnut cake, mustard cake or cotton seed meal and other locally available ingredients.

Mash feeding is an age old practice, where farmers use locally available feed ingredients as farm-made feed.The carps together contribute to more than 82% of total aquaculture production.

More than 97% of the carp feeds used by Indian farmers are farm-made.There has been a phenomenal expansion of commercial carp culture in constructed earthen ponds in certain Indian states such as Andhra Pradesh, Punjab, and Haryana.In several other states like Bihar, Jharkhand, Orissa, Karnataka and Tamil Nadu commercial carp culture is gaining momentum.

Some of the major limitations encountered in the use of farm made feed is poor FCR (3:1−4:1), rapid nutrient leaching and poor water stability which is not appropriate to support the intensification, expansion and further development of carp culture in India.Although carp farmers want to use commercial feeds available in the market but obtaining compounded feeds at an affordable cost is a big issue faced by the carp farmers and they have no option left but to continue use of rice bran as the major feed input along with oil cakes in the States like Andhra Pradesh whose carp culture is said to be organized. Today, the aquaculture technology which is driven towards improved yields both in terms of quality and quantity involves the enhancement or replacement of natural food with prepared and formulated diets.

Feed is one of the major inputs in aquaculture and the success of fish farming depends to a very large extent on the provision of adequate quantities of nutritionally balanced feeds in a form in which fish can utilize.Most farmers use farm-made feeds, made from locally available ingredients such as rice bran and oilcakes.

In the southern Indian state of Andhra Pradesh, where large-scale carp culture is practiced, feed forms an important input and is required in large quantities. To meet the demand, a large number of small-scale and a few large-scale feed manufacturers have appeared. However, at this stage pellets are not commonly used due to poor return on investment in carp culture practices.

The proximate composition of factory-made feeds is reported to be 20-30 percent protein, 2-4 percent fat, 10-15 percent fibre, 30-40 percent carbohydrate, and 8-10 percent ash. Often these feeds are claimed to have been enriched with lysine, methionine, vitamins and minerals. However, carp farmers most of the time stick to feeding their fishes with locally available ingredients due to lesser farm gate price realization by the carp farmers.

Food and feeding habits of Carps

Selection of feed stuffs for making farm made feed A wide variety of feed ingredients are available in India and other Asian countries where carp culture is practiced on a commercial scale. However, many ingredients are not used due to irregular supply and high cost. To select the feed ingredients following factors are considered in both commercial as well as on farm levels.

Farm-made feed formulation for Indian major carps to a great depends on extent of ingredient used, local availability and price. Farm-made feeds are very diverse. Some farmers in their nursery use only mustard oil cake or sesame oil cake after soaking it in water for several hours before spreading it over the pond surface, while others use a 60:40 or 40:60 mixture of mustard oil cake and rice bran.

Farmers adjust the ingredient base of their feeds on a seasonal basis. During the summer, when fish growth is rapid, they are provided with a feed consisting 30 to 40 percent oil cake and 60 to 70 percent rice bran and fed ad libitum. During winter and particularly during the monsoon season when growth of fish is slow, fish are fed with rice bran alone or mixed with a very small proportion of oil cake. Moreover, when pond water is rich in plankton, feeding rates are reduced.

The use of ingredients of animal origin in grow-out systems is almost non-existent in Indian major carp culture. Fishmeal is occasionally used in broodstock rearing and conditioning, at up to 15 to 20 percent of the diet. In broodstock diets, along with fishmeal, rice bran (20 percent), broken rice (10 to 15 percent), oil cakes (20 to 25 percent) and pulses (15 to 20 percent) are commonly used. The ingredients are ground, cooked and fed as in moist balls.

Advantages and disadvantages of farm-made feeds in carp culture Feed based aquaculture is gaining importance in India. However, due to high price of commercial feed and less farm gate price realization by carp farmers, most of the carp farmers unable to afford such feed for their farming practices. Farm made feed which can be made by utilizing locally available feed ingredient represents a promising alternative to carp farmers to utilize such feed for increasing aquaculture production at an affordable cost.