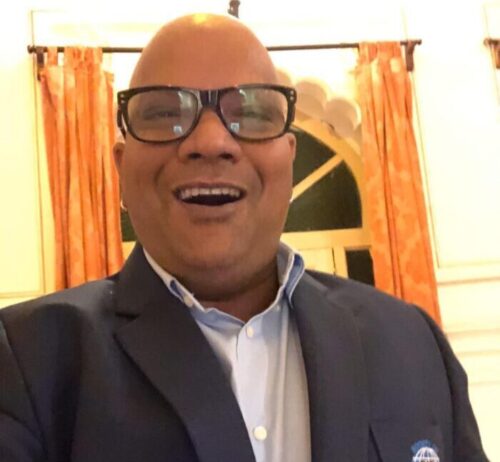 With markets in the USA and EU on a revival path after the COVID outbreak, there are chances of increasing India’s shrimp export in the next two-three months, says Ravi Kumar Yellanki, MD, Vaisakhi Bio Marine and Past President at SAP, in a freewheeling interaction with AQUA POST Chief Editor Pravash Pradhan.

Q. What is your view about the impact of Covid on the shrimp industry?

Ans: The mood is not good, because the farm gate prices are low. If you look at the world economy, there is a demand shock for every commodity because there is huge accumulated savings in the market, especially in USA and Europe. The Vaccination drive has been much faster. So almost normalcy has been restored. People could not spend much money last year in the USA but they are spending now on travel and entertainment.

On top of that, the government has also announced a stimulus package. The food service demand, in particular, has come back in the USA.

The retail demand is not going to get stopped all of a sudden. During the first and second waves of Covid pandemic, people started eating seafood at home and this kept the retail demand high during the pandemic. That is going to continue to some extent. The restaurant —food service — demand is also going to come back with a vengeance. Overall the size of the market is going to increase both in USA and Europe. Similar trend will also be witnessed in China.

China, as a matter of fact, didn’t consume much in 2020. But in 2021, it is going to be the largest consumer. It does not matter whether they’re buying from India or not. But eventually, it’s going to help India, because supply from somewhere else means there will be that much of extra demand in other parts.

So this would enable the prices to go up. The demand for shrimp as such remains high in the second half because of Thanksgiving Day, Christmas, New Year, Easter, and then Chinese New Year. Therefore, the second half is going to be a good consumption period.

Q. What is your assessment about Ecuador, will it give a good competition to India?

Ans: Equador is producing in high numbers. They are targeting to produce more than 8, 00,000 tons. Had they continued with 6, 50,000 tons, the prices would have gone higher.

Q. What is your take about Vietnam?

Q. Has cyclone ‘Yaas’ that visited Odisha and West Bengal in May this year impacted the shrimp industry?

Ans: The losses due to the cyclone ‘Yaas’ have been a little exaggerated. The losses in both states (Odisha and West Bengal) put together will be around 17,000 to 20,000 tons.

Initially there were fears that the losses could be bigger, but then we assessed that it will not be more than 20,000 tons in both the states. On an average, both states produce about 1, 20,000 tons of shrimp. But Yes, the loss is about 16% in terms of volume. It’s a sizeable percentage.

Most of the shrimps were ready to be harvested. Within three weeks, the whole thing could have been harvested. That is the worst part.

Q. The cyclone caused damage to the infrastructure and impacted most of the ponds in affected areas with the ingress of seawater. There were also fears of disease. Your views

Ans: Yes, the fear of the spread of diseases is there. So it’s not just the cyclone, subsequent losses due to the outbreak of disease have to be considered as well. Taking all these into account, the loss could be immense. I mean it could be in the range of Rs 500 crore (20,000 tons at Rs 250 per kg).

Besides, we may have incurred a loss of Rs 500 crore due to disease, the opportunity loss. Then the infrastructure had to bear the brunt of the cyclone, which could be in the range of about Rs 500 crore. Overall, we could be staring at a loss of about more than Rs 1500 crore in both the Eastern states. It is quite damaging leaving farmers high and dry.This loss of more than Rs 1500 crore would dampen the spirit of the farmers.

Even as the prospects for the second half look good, farmers are in no mood to stock. It will take some time to restore the ponds also.

Q. Several reports have suggested that the economy will revive soon in the USA and that normalcy would return?

Ans: As far as USA is concerned, for every commodity, not just seafood, there is going to be a demand shock. And seafood rates are also hitting the roof. And the trends are pretty good, especially for salmon, crab and other seafood. Even shrimp prices are going up, but they’re not as high as salmon.

Q. So you concur with the view that the second half will be good for the Indian shrimp industry?

Ans: It’s a good opportunity for Indian industry. But, you know, we have a host of diseases disturbing the crops. In the first half, the rates were bad. That’s also dampening the spirit. We are not sure if all the farmers in Andhra Pradesh are coming forward for the second crop. But whoever is going to do the crop during the second half of the year, they are going to be comfortable.

Q. Andhra Pradesh government plans to be directly involved in export and regulate the prices. What is your view?

Ans: They think they are doing it. But it doesn’t happen that way. It is always decided by market forces. We think we can do it, but we can never do it. You know, at the end of the day, market forces prevail upon. Today, the prices in the USA are pretty good. But the prices in India are low because of the COVID situation. Production has been affected in many of the processing plants as workers are not coming to work, hampering the output. The farm gate prices are still low. They’re not commensurate with the prices internationally, especially in USA.

Exporters are not keen on China, as they have the fear of getting rejected because of traces of COVID being found in shipments. Even if they find a trace of COVID in the packaging material, they’re going to reject. These are the challenges before us.

And China is a major market for the smaller sizes. So if we are not able to sell to China, we have to dump it to Vietnam and the latter looks for a cheaper price. We are also not all that aggressive in Europe as we have our own issues with antibiotics.

On the other hand, 50% of the shipments are screened for antibiotics. That is leaving the exporters with limited options. But the situation is fast changing as the Covid-19 is drastically dropping down, workers have started coming back to work. Soon China could start buying decent volumes from India.

Q. What do you think about MPEDA’s SHAPHARI certification programme? Will it help increase export, especially to EU markets?

Ans: I don’t think so. But it’s a step in the right direction, though it is not a market driven certification program. Government is implementing it to show that something is being done in India. You should know what the market looks at? If you look at the European market, they look at ASC. If you look at American market, they look at BAP. Having said that, in the long run it could help us to access the countries where they don’t look for specific certification. Buyers might be glad to know that there is some certification mechanism.

If exporters are asking the farmers to have BAP certificated seeds, then farmers has to get their seeds from the hatcheries which are BAP certified only. At the end of the day, I don’t know how it (SHAPHARI) will help. In the long run, markets might recognize this certification and this could also build some trust on our control measures.

Q. Do you think there should be insurance coverage for the shrimp farmers who are hit by cyclones or natural disasters? And what should be the role of the Government?

The small farmers are very much affected by natural calamities, especially the cyclones. The East coast is highly prone to cyclones which are affecting shrimp farming in states such as Andhra Pradesh, Odisha, West Bengal, and Tamil Nadu. The west coast is also now being visited regularly by cyclones. Let the insurance companies come up with a separate affordable scheme to address crop losses due to natural calamities which can be called as catastrophe insurance or calamity insurance.

Q. But is it feasible?

Ans: If the government thinks of doing it, it can be easily done. As an industry we are fetching about 35,000 crores to the exchequer and it needs to be protected.

In the first place, banks and financial institutions are not providing any credit facility to the farmers; that is a big disadvantage. Apart from that, every year farmers are ravaged by onslaught of diseases and cyclones. The sector itself is going to be derailed very badly, if these risks of farmers are not properly addressed.