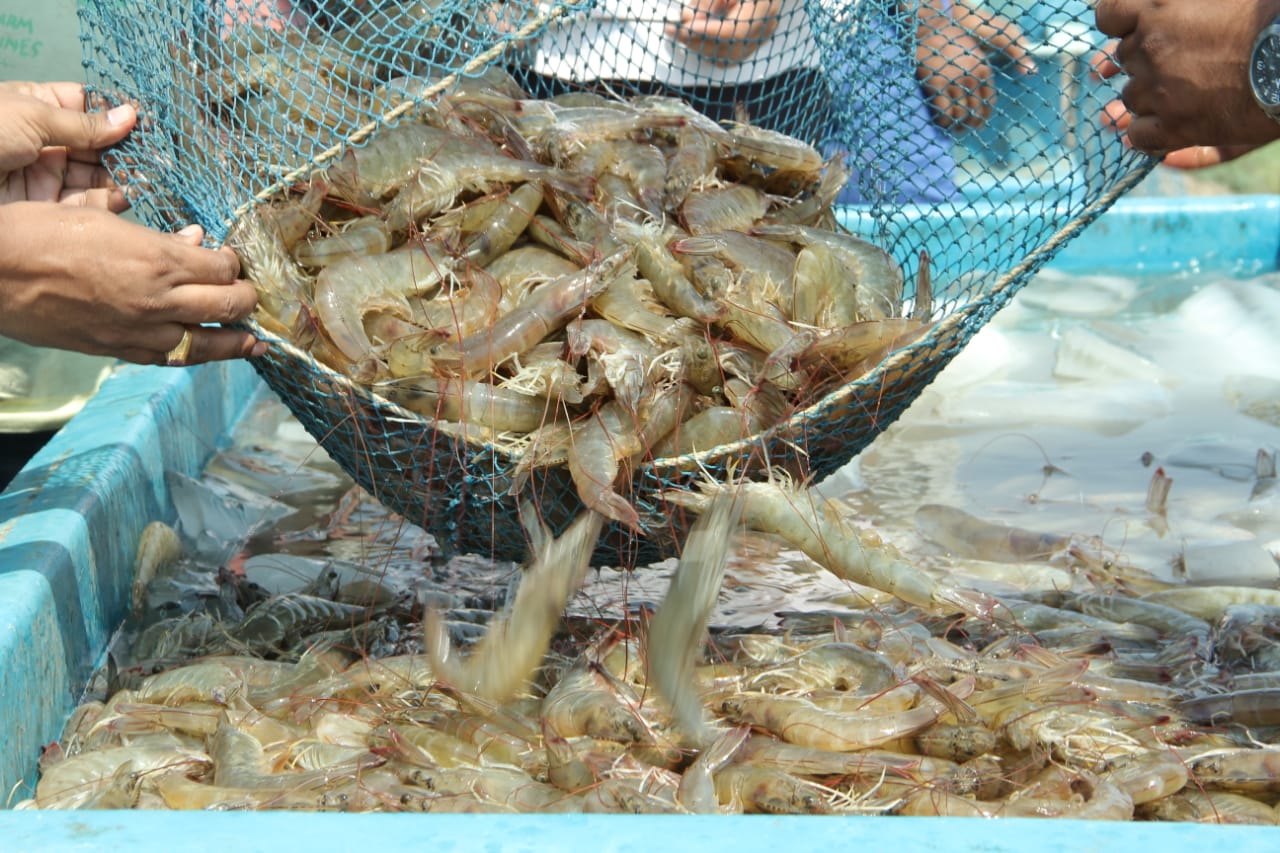 With high running mortality and spread of white feces diseases, shrimp farmers in West Bengal are resorting to panic harvest. Even shrimps below 10gm are being harvested. It has caused financial loss to the farmers.

However, due to heavy rains and  temperature fluctuation,  low salinity in the ponds wae reported. The change in the environment led to the spread of disease and high mortality.

“The white feces disease and early mortality have worried shrimp farmers in West Bengal. Several farmers are going for panic harvest. Even people are harvesting shrimps below 10 gram. Farmers were expecting a good crop in the second season. But, the spread of disease have made the farmers to rethink about the shrimp farming in coming years,” said Manas Kumar Sau, Area Manager (West Bengal), Neospark Drug and Chemicals Pvt Ltd.

Though shrimp prices are fairly good this month, yet farmers are not benefitting from it. Price for 100 count remains at Rs210 while price for 50 counts is Rs 520 (on 6th October 2020) . Due to lack of cold storage facilties, farmers are forced to sell their produce at a price fixed by the local expoerters and traders.

“Lockdown has brought difficulties to the farmers. Shortage of technicians at farm sites, lack of labour, White Feces Diseases have compounde the problem of farmers. However, price is good at this moment. Unofrtunately farmers are not able to take the benefit,” said Madan Mohan Mandal, State Secrecary, all Bengal aqua welfare association

The shrimp feed sales has also declined in West Bengal with low stocking due to the pandemic. Nearly 1 lakh MT feed are consumed in the State. It has been lowered to 60 t0 70 per cent this season

Owing to the uncertainty and dwindling shrimp farming, several farmers are shifting to fresh water aquaculture.